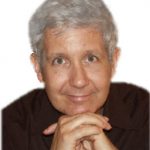 Michael Craig, DC D.Ac  discovered
the Logical Soul® process back in
the early 1990’s while looking for
a way to find real healing for his
chiropractic patients, instead of the
mostly non-effective protocols and
procedures he had to use to satisfy
insurance companies and lawyers.

Dr. Michael Craig’s unique transformation technique (Logical Soul®)
has changed the lives and fortunes of many people around the
world.  He is currently working between Atlanta, Georgia USA and
Bangalore, India.  He and partner Jayul Doshi are working with
Indian healing, educational and charitable organizations, and plan
to start a chiropractic college in India. 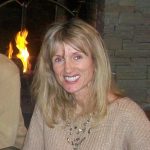 Brigitte (Soma) Craig was born in
Germany and traveled the world.  She
came to the USA in the mid-1980’s and
finally landed in Georgia where she
worked as a computer broker for may
years.  Currently, Brigitte is the CEO of
her own small computer brokerage
in Atlanta, as well as the co-founder of Logical Soul LLC.

Soma and Michael have been a happy couple since 1993, and are
currently working on books, courses, and setting up an Indian-based
chiropractic college.   Soma is a fabulous cook, a nutrition expert,
long-time Logical Soul® practitioner, and has helped Michael develop
and refine his techniques and training over the past 25+ years.

Alaseda – “Sedi” – FaSenntao has practiced
the Logical Soul method for since 2010, and
is currently our Administrative Assistant and
public liaison. She speaks to all callers and
sets up our session and speaking appointments.

Sedi lived in the Hudson Valley region
in New York for 16 years before moving to Georgia in November of 2010.
In addition to her regular administrative duties,  Sedi is married to
husband Kai,  has a daughter, and is a Registered Nurse, Reiki Master,
Certified Laughter Yoga Leader, and Certified Life Coach. She is a
strong advocate of health and wellness, has been volunteering since
she was a teenager, assisting homeless shelters in Atlanta, the
Children’s Restoration Network, and other work that allows her to be
a “Helper of Mankind.” She finds that Logical Soul® is a great tool
that helps her in these endeavors. 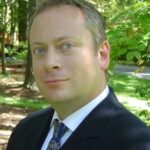 David B. Wright has been doing public relations,
marketing and search engine optimization (SEO) for
more than a decade, has authored several books, and is
the head of his own marketing and SEO company,
W3 Group Marketing.

David does our video marketing and optimization,
as well as Google placement and other related services. He has been a valuable
part of our team. Currently he resides in the Yucatan Peninsula in Mexico
where he contributes to his local community and works as a digital nomad,
offering needed services to companies all around the world. Amilcar (Amir) Medina lives in Quezon City, the Philippines, and was our programming, Internet marketing and SEO Specialist for several years.  From 2012 to 2015 his expertise as technical administrator and webmaster helped us transform Logical Soul LLC into a truly professional organization.

Amir continues to help us with projects from time to time. Merry Oman,  our former Administrative Director,  grew up on the beaches of San Diego, California. She retired after spending 30 years as Graphic Artist and Designer and moved to the Atlanta area to be with and care for her son who had a sudden life-changing health event (He’s much better now, thank you).Merry is the mother of two, the grandmother of two, and has several great-grandchildren. Her current interests include jewelry designing, gem mining and online marketing.

Robyn Ladinsky, in addition to the excellent work for Logical Soul LLC, is now a Certified Law of Attraction Life Coach who specializes in working with parents to help them to bring peace and calm to their home and life. She holds a Bachelors of Science in Early Childhood Education and a Masters in Social Work and has worked with children, families and adults in a variety of settings for over 20 years helping them create a family life they want and desire.
Robyn has taken the Logical Soul® Training courses and believes it is a powerful tool for coaching. She wants to help others through this work and can also assist other coaches to develop a successful website and marketing plan. Arina Cote is a writer, author, and was our regular contributor as an Intern to www.MyCoachTraining.com. She is a native of Wisconsin and describes herself as a “mental wanderer all my life.” Arina says she spends much of her time researching subjects ranging from web design to various forms of spirituality. She began attending college while still in high school, and became a member of Phi Theta Kappa. Her academic strengths include philosophy, creative writing, medical language, and computer programming.

Christine Dusome is from South Florida but has lived Belgium, California and Pennsylvania. Christine attended Florida State University in Tallahassee and studied public relations and psychology. She acted as our Social Media Intern during the summer of 2013 helping to build a larger online presence for our coaching programs, courses and information products. Her plans for the future include pursuing a career in Public Relations or Law.

Dionne Castro was briefly our Radio and Social Media Intern and is interested in becoming a Public Relations specialist as a senior Mass Communications student at Fort Valley State University, earning a Bachelor’s Degree in December, 2013. She is a member of various university organizations and worked as our summer intern to gain more experience.

Tristian McCoy was born in Atlanta, GA, grew up in Claxton, GA, and is attended the University of Georgia pursuing a degree in electrical and electronic engineering. Tristian enrolled one summer as our Social Media  Intern.

Michelle Gelbar, a native of Charlotte, NC, has been involved in filming, editing and producing/directing for many years.  She was our Video and Editing Intern while still enrolled as a Junior at High Point University in North Carolina where her majors were in Electronic Media and Communications. She now has a career in the film and television industry.

Phillip Rashaud Ellis was a Mass Communications Major at Chaflin University in Orangeburg, SC, with a minor in Business Administration. He was also our Radio Production Intern for a short stint for Logical Soul® Talk Radio, working behind the scenes.

Anastasiya Smolkina was born in Minsk, Belarus, and says “I got my higher education in teaching English and I thought it to be my life path. But while teaching at school I began to turn a penny in a small advertising agency, and that was the beginning of my future career in marketing and advertising. After a while I became a member of the most creative and the biggest advertising agency in Belarus. Life circumstances made me leave my country for Atlanta, GA. I moved here to learn the country, language, traditions and to self-actualize.”  She was our Social Media & Press Release Intern for the latter part of 2012.

Rebecca Militello graduated Binghamton University and was our Blogging and Press Release Intern during half of her Senior year. On weekends she took time to work on her family’s horse farm in upstate New York where she still trains year round to compete as a show jumper on the A circuit with her horse Rembrandt.

Rebecca wrote “The Logical Soul team has truly introduced me to the possibilities of the world wide web. Through reading Dr. Craig’s books I’ve learned that success is for everyone…you just have to make the conscious choice to be successful. I can’t wait to see what lies ahead for me, both as a part of this team and as an individual.”

This site uses Akismet to reduce spam. Learn how your comment data is processed.