Want to be more productive at work or on the job?

Take time off this summer! 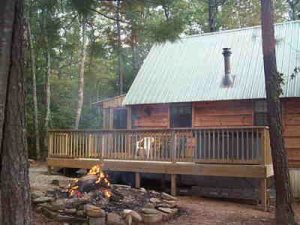 As I write this, I’m also preparing to head out to my Tennessee log cabin for a few days of rest  (and the usually “must be done” tasks that keep me going up there every so often).   I enjoy this getaway time, and my ability to focus on my work and family is enhanced because of my “alone time.”

Are you taking advantage of all that’s available to you?  Most Americans don’t.

According to author Tanya Mohn in a 2014 Forbes Magazine article:

More than forty percent of American workers who received paid time off did not take all of their allotted time last year, despite the obvious personal benefits, according to “An Assessment of Paid Time Off in the U.S.” commissioned by the U.S. Travel Association, a trade group, and completed by Oxford Economics.

According to the study, most managers recognize the benefits taking time off from work provide to employees: higher productivity, stronger workplace morale, greater employee retention, and significant health benefits. But nearly 34 percent of employees surveyed indicated that their employer neither encouraged nor discouraged leave, and 17 percent of managers considered employees who take all of their leave to be less dedicated, according to the survey’s findings.

And four in ten American workers said their employer supported time off, but their heavy workload kept them from using their earned days.

Ms. Mohn went on to add that, despite the myriad benefits of taking time off,  American workers usually succumb to the pressure of self-imposed and guilt-laden reasons why they can’t take the time off to which they are entitled.  Adam Sacks, president of the Tourism Economics division of Oxford Economics, said “Leaving earned days on the table harms, not helps, employers by creating a less productive and less loyal employee.

Bottom Line?  TAKE that vacation this summer!  You will do yourself – and your business or company – a HUGE favor!!