This past week has been a whirlwind… literally.  Last week I was getting ready to head to Lima, Peru.  This week, Hurricane Irma paid a not-to-social call, blew away a few people, and contributed to the deaths of 35 people in the Caribbean and 9 in the US. 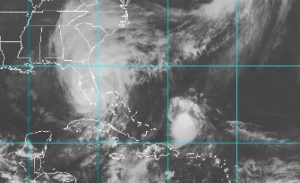 The storm was bad, but not as bad as expected.  Here in Atlanta, the wind gusted a few times and lots of rain and pine cones fell, but we never lost power (some did) and the worst was over in a few hours.

This was the first time ever Atlanta has been under a “Tropical Storm Warning.”  And, of course,  residents reacted in the same way they do whenever snow “threatens”… cancel flights and trains, close schools and businesses, and generally freak out for a few days.  Then nothing.

How did you do?  I hope each of you was safe, and that nothing too drastic happened to you, your family or neighborhood.

Soma and I and our few guests never lost electric power, but a few Atlanta residents died and over a million people are still without power.  One can only imagine the current struggles of folks in SE Texas and Florida.

As a Red Cross volunteer in the late 1960’s I remember many of the homes of families we assisted were almost submerged.   But, although these families lost most or all of their possessions, many of them were still smiling, singing, or helping others in need.  At times when desperation can often run high, its good to remember what’s really important, i.e., minimal loss of life, and communities and families coming together to save and rebuild.

While I grew up in Savannah, GA,  we got hurricane warnings every year.  In 1959, Hurricane Gracie, a Category 4 storm, came barreling ashore, knocking my dad down when he opened the door (I still don’t know why he did that!) and giving me my first and only view of a hurricane eye.

Those powerful images will always be with me.

The move to Peru has been postponed for 6-8 months . . . something about me not being able to get a work visa because the new Peruvian president is pulling a Trump on us by halting all immigration for awhile.  I actually don’t mind; this gives me and Soma a chance to catch our breaths during this time of rapid change…

Here’s to your Success,
Michael
www.logicalsoul.com