[newsfield name=”name”] – This is a NON-political article, by the way… it’s really about how to promote your life coaching business!  Read on…

In honor of the “official” kickoff to the 2016 US presidential election in Iowa tonight, I wanted to say a few words to acknowledge those of you who take the time to go to the polls or caucuses and vote, regardless of your political persuasion.  Since you don’t live in a country that REQUIRES voting – as in Australia – your contribution to the selection of our next president is vital.

But please make sure you’re voting for the right reasons . . .

I became aware a day or so ago that some people – mostly younger folks in this case – have become far removed from the political meaning of the word “socialism” and think it is related somehow to “social media.”  Just for the record:  It’s not.

Social Media Can grow your Business

“Social media” is truly social.  It boils down, basically me sharing my cute kitten and baby pictures online with all my friends and acquaintances. No one wants to take my “stuff” unless I choose to share it.

The fact is, if you want to grow a business – your life coaching business for example – you need social media to help spread the word.

—-> How to Optimize Pinterest for Your Life Coaching Business <—-

Social media does not -yet anyway – have rules that compel members to give up more than they are willing to share.  Socialism outside the family unit, however, is a bit different…

Socialism can grow your “Fairness”

“Socialism” is where you, I, and everyone in the community shares everything:  all resources like food, living space, and especially money.  There is always the need for mediator, however, who keeps order and gets to decide what’s fair. In a club, this might be a chairman.  In the family unit, the parents usually have the last word. In politics, this means a centralized government.

The confusion about the terms “social” vs “socialism” arises because Bernie Sanders  calls himself a “Democratic Socialist” (in the European sense, he says).  And because “social” is a buzzword that every young person has come to associate with “fair,” “share” and “social media,” Bernie gets both media attention and followers.

But most older Americans are a bit skittish about the term “socialism” and rarely confuse it with the use of Facebook or Pinterest.   Folks over 60 remember the Cuban missile crisis, and the imminent threat of Communism and socialism was a constant mantra of government bulletins, publications, and news.

Just because you like to share cute kitty pictures online, for example, does not mean you buy into “socialism”. . . unless you are also in favor of sharing everything else you own! Don’t own much?  Hey! It pays to be a socialist!!

Even Bernie is not a complete socialist (or Communist).  Bless his heart, Mr. Sanders understands government has some limits.  He just wants the US to be more like Denmark!  It may be the most expensive place to live in Europe, but at least its the most “fair.”

If You Are A Life Coach

…And regardless of your political persuasion, its still wise to use social MEDIA to promote your practice.  Then go vote.

This older blog post is still very informative about ways you can use social media to get your “friends” to know, like, and trust you.

Your Socially-Fair Friend (but admittedly not a socialist), After a long hibernation, the idea of learning about (and contacting) our ancestors is finally a hot topic of discussion.

Last week I mentioned how many cultures throughout the world treat ancestors as a living part of their everyday life.  In non-native North America, not so much.

But that is changing. Online searches, and recent archaeological finds indicate that our past is much more mysterious than we ever thought possible.  TV documentaries like Ancient Aliens, Celebrity Ancestors, and popularity of websites like ancestry.com prove that the yearning we all feel to connect with something – or someone – who can take us beyond our mundane awareness is very strong.

Now there is a way to do this quickly and easily, and is the topic of my latest article about:

—> How To Tap Into Your Ancestry to overcome persistent problems <——

In this blog post/article, I not only talk about the link or connection you have RIGHT NOW with your ancestors, but also

—-> How to use this link to increase your happiness and enjoyment of life! <—-

I even lay out a very simple visualization exercise and even a script for you to start using right away by yourself, or with your coaching clients.  This exercise is not meant to replace therapy (we coaches don’t DO therapy!), but is a quick way to both discover and dissolve blocks that keep you and your clients stuck. I call it…

and want to give this to you as a gift to my subscribers who are looking for a very effective tool they can use to blast through mental/emotional obstacles.

Don’t let the simplicity fool you.  When ancestral (epigenetic) involvement is indicated, this stuff works!

And there’s much more to come… 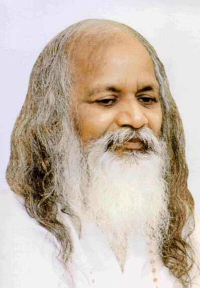 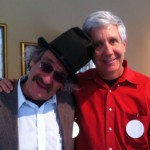 Dr. Neil Shulman  (“The Real Doc Hollywood,” noted doctor, Emory professor,  and author of several dozen books, plays, and scientific articles) and I were sitting by the small pool in my backyard and discussing his latest project to help empower kids in poor neighborhoods.

Since my goal in life is to also empower as many people as possible, I sat in the mosquito-infested farm we call our back yard for over an hour… listening to his grand plans to save the world from itself.

Of course I offered to help.   And this is why I’m writing you.

The reason I’m doing this is 1) I need your help to get this knowledge to as many people as possible, and 2) the videos are old (2008, but still great) and I’m coming out with a new course soon.

So hurry!  I don’t know how long this offer will last…

P.S., Feel free to share this link with those who you think can make a difference.

Today is a special day.  It’s the day we honor those in America and Europe who fought and died in wars defending their homeland and/or highest principles.  This is, therefore, an opportune time to share my formula for “Memorial Day Success” with you . . .

But just so you know, the kind of success I’m talking about doesn’t have anything to do with BBQ grilling, channel surfing, or making the kids behave.  The “success” I share has more to do directly with your life . . . and the role your ANCESTORS play in it . . . right now!

You see, as an American, I had no clue that parents and ancestors had anything to do with my success in the real world.  When I took on a Landmark Education project back in 2007, however, I came to realize how important the commandment “Honor your father and your mother” actually is!  It’s not about them; it’s about you and your relationship to them . . . and therefore your relationship to life itself!!

Last week, I shared the memory of my father, what he stood for, and the lessons he taught me that remain with me:

This week, I want to add that – whenever you run across a major problem that won’t budge – do what the native Americans and orientals do:  Ask for help from your ancestors!

As part of the Logical Soul® process, I often have clients visualize the presence of one or both parents, and/or ancestors.  They see the parents/ancestors before them, connect with them, then briefly explain the difficulty.  Then I have the person ask for their parent’s or ancestor’s “Permission and Blessing” to stay connected to them, while letting go of the shared beliefs and/or inherited behaviors that keep the person stuck.

There is a specific way of testing yourself for the presence of this influence . . . and releasing it with the help of your parents and ancestors.  In the coming weeks I’ll be sharing my “Family Conference” method of letting go of things that have held you back for generations!

It should be both fun and enlightening.  So stay tuned . . .

[newsfield name=”name”] – This week I have some exciting news . . . well its news to ME, and no doubt will be news to you, even after almost a year in print…  You see, a friend of mine sent me an article he found in an older issue of DISCOVER Magazine that blew my mind!

I don’t normally throw out such superlatives, but if you are in the field of health or coaching, this latest blog post will add a LOT of value to your life . . . no kidding . . . and the lives of your coaching clients!

Apparently there is more to the so-called “placebo effect” than the powers-that-be are letting on.  This inner phenomenon actually has a brain chemical component that is just now being discovered and researched in-depth . . . and the implications of this research will change the way you see both health and coaching forever!

There is nothing to buy.  No sales pitch.  I just wanted to share my excitement with you!

Not really, but it was just as scary!  I won’t spend much time here about how I ended up with a deformed forearm, except to say …

This tale of woe has it all:  the Atlanta Beltline, danger, a unicycle, x-rays, the Nepalese earthquake(!), and a demonstration at the yearly Laughter Yoga Conference that you will NOT want to miss!

It’s all for fun this week.  Next week I will return with more tidbits of coaching excellence!  Meanwhile, check out the video of me taking my life in my hands…

Got the Free CD on “The 7 Secrets of a Six Figure Coach”? Good. Now watch this video to get a few more details, particularly on the distinctions between “Greatness” and “Abundance.”